For the third Creators Interview, we will introduce Takeshi Sakakibara who was working at SEGA Studio USA and in charge as Program Manager and Main Programmer in Shadow the Hedgehog! 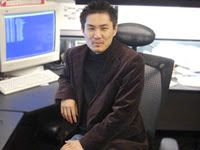 I often went to the arcades since my student days and if it was a popular game, I saw it with my own eyes that the customers continued to put money into it rapidly even if it was 100 yen per play, and I was slightly shocked. I hoped I could make games that everyone could be absorbed playing as well and I chose SEGA in which I felt that it is the coolest game company.

In Shadow the Hedgehog, you have performed the roles of Program Manager and Main Programmer. If you had had the hardship and the like, could we hear about them? 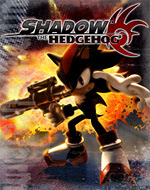 I have participated in the titles of Sonic series as a programmer for a long time, but leaving the main roles to me this time was the first experience. In the beginning, when I was told that they would leave the roles Program Manager and Main Programmer to me, I did not have any uneasiness and took it naturally with the feeling “Oh, OK. I got it.”

However, when I tried to start the job practically, the very, very tough situations of these positions…. (Sarcastic laughs) The fact is that I must perform not only my own job but also the whole management simultaneously. The things when I could be absorbed in only my own jobs alone seemed to be enormous nostalgically. I was still young at that time, I should say…. (Laughs) The sense of responsibility in which I ended up undertaking the very tough job, had shockingly leaned on me from my back. In Shadow the Hedgehog this time, I myself was greatly trained and had good experiences.

You went through the hardship in that way and when Shadow the Hedgehog was really finished, how was the feeling?

It became pure white. (Laughs) That was because the things other than my job were not in my mind and I was absorbed in it during the last 2–3 months. In America, there are opportunities in which many children will be bought presents on Thanksgiving Day in November and on Christmas in December, so I was desperate when I wanted to meet the release dates in those seasons at all costs. It was because I was already really frantic. And I ended up burning out…. 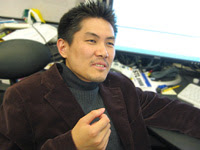 I like driving alone. After I was transferred here, I would certainly do a long-distance drive when I could take the leave of absence of as long as one week. The places that I have been to are San Francisco–Salt Lake, New Orleans–Miami, Las Vegas–San Francisco, and so on.

When I drive to the unknown rural areas alone, the trivial worries, stress, and the like that I feel in my ordinary life will disappear, don’t you agree?

Recently, I also golf even though I do not do it much. In America, I can calmly go around the course even without reservation and even if I am seriously unskillful, so it is nice to be carefree, isn’t it?

Currently, I am proceeding with the preparation of a new project while researching one next-generation console after another. I want to make it to the condition that I could show to all of you as well soon. Please look forward to this way, too!

It was the game Evangelion (SEGA Saturn), the first production in which I belonged to the project and that let me complete from start to finish. Even now, I clearly remember the situation when a customer actually picked up the game being sold at a game shop. I was shouting in my heart, “Alright, you will go to the cash register as it is! Don’t run away!” (Laughs) I still cannot forget the deep emotions when the customer made the purchase at the cash register.

It is Rouge. Rouge is a character created when starting up the development team in America and I favor her slight pout and wickedness.

He faces the front persistently and has the personality that appears to be straightforward and energetically run at full speed without minding the small matters. Hmm … he is an ideal type, isn’t he? 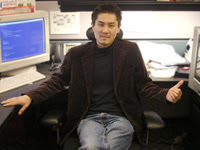 Thank you for always visiting Sonic Channel! I have been able to send out Shadow, who is Sonic’s rival, to the world as a game this time as well. Please also treat Shadow like Sonic!