This Time, The Final Part of Soundtrack Production Diary

Hello everyone! I am Sound Creator Ohtani.

The Soundtrack Production Diary that has run the parts of Preparation, Artwork, and Mastering comes to be the final part this time. They ended up becoming slightly serious contents, but I hope you could also discover the way you enjoy from a different perspective by glimpsing the other side of soundtrack production. 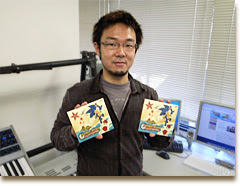 If the design data for submission as well as mastering are finished, I’ll just wait for the products to arrive for the rest. It is a period when I wait very impatiently, trying to worry without any meaning such as wondering, Would it be properly printed? The products arrive in about one week before the release date, so I go around distribute them while thanking the related staff, who are involved in the production, on the inside and outside of company. 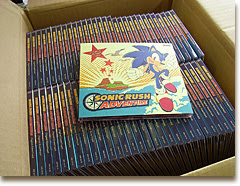 Around the release date, I am busy with the production of a new project already but honestly happy when being able to hear the voices that say things like “The music was good.” There is a section of sound listening trial on this site as well, so please try to listen by all means.

When the soundtrack production reached a certain point, there was a request of wanting me to produce a remix of the theme song for promotional use from Director Osumi, and I made the version called A New Venture - Surfin’ S.R.A. Remix, which plays on the homepage of official site. The original A New Venture has the part that felt the breeziness as well, but it’s an energetic remix which also matches the preview clip and the like that have good tempo. In other words, I aimed for the remix as if nothing would remain anymore when excluding the energy. If the timing was correct, I wanted to include it in the soundtrack as well, but it is regrettable…. For now, please enjoy it with the clip of the homepage.

This section of mine is about to end. I want to go on producing Sonic’s sound that every fan could seem to be glad of even from now on, so I would appreciate your continued support!