At that time, I could not write our real names in the games, so during Sonic 1, I made something that displays our real names with hidden command, but I decided on the display in the form of replacing the section of Sonic Team display, so even if we can see it, we can see it in a moment only, so when it can be made into a GIF animation, it is good to be able to see it many times, isn’t it? 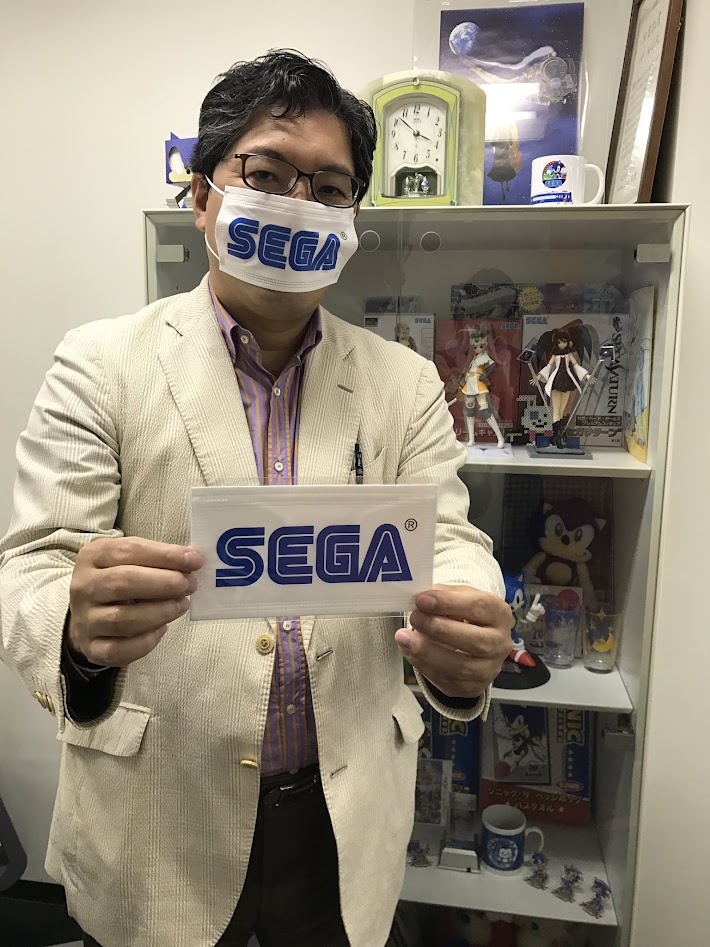 I received the topical SEGA masks. As expected, my courage of putting on this and walking outside won’t appear, would it? 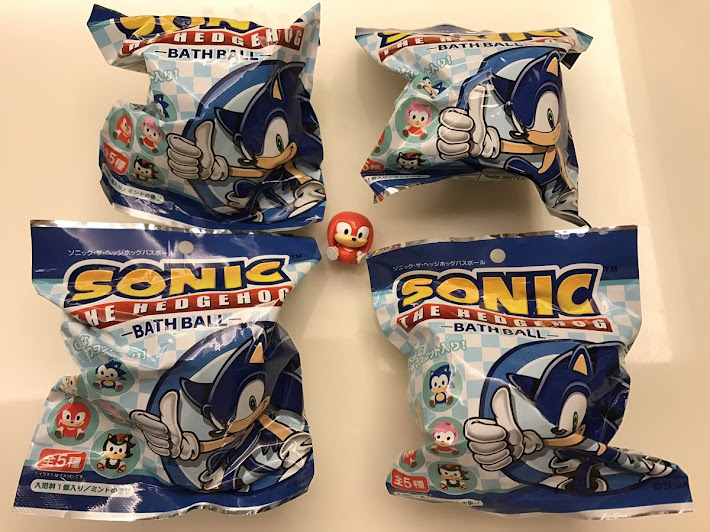 I had bought Sonic the Hedgehog Bath Bombs at Don Quijote, tried to put one into the bathtub and took a bath with my children. The bath’s color became deep blue, and my children were delighted as it looked like Sonic. This time it is Knuckles, but I am not sure if all 5 kinds would appear. It is quite cute and has good feeling. 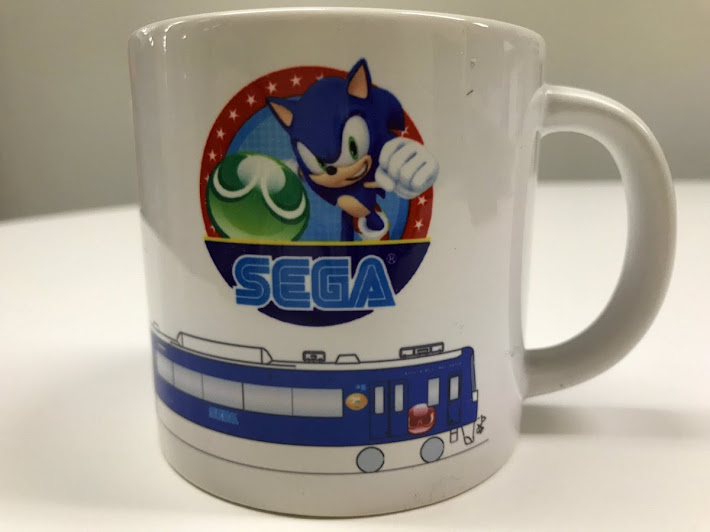 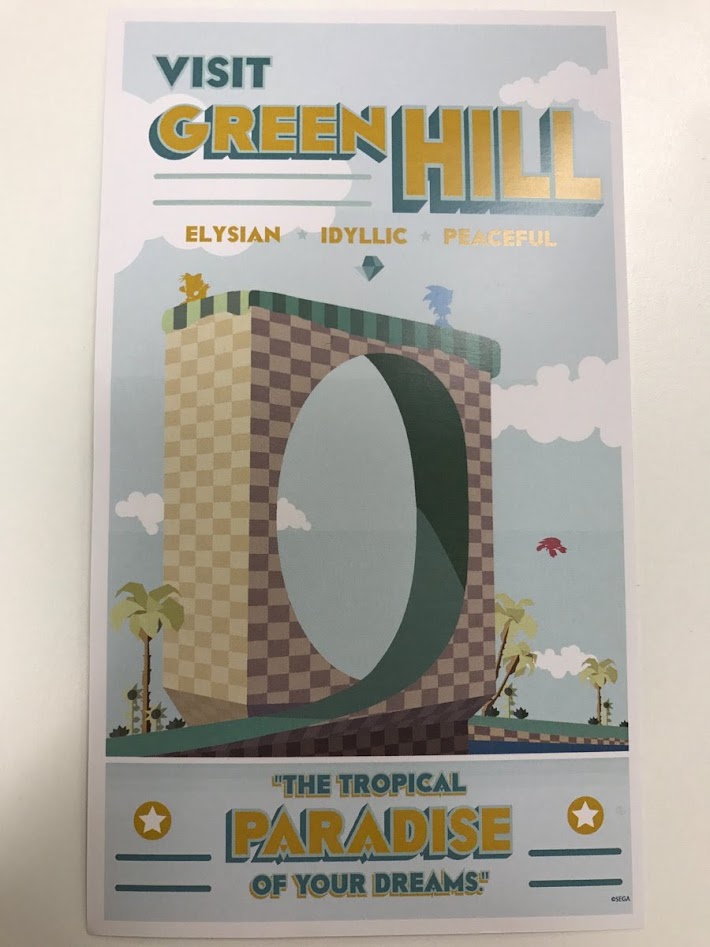 I received the mug of Keikyu SEGA Train. I am glad I published my photos of Keikyu SEGA Train on Twitter. I think that this is not what I have won, but that SEGA is kind, so I was able to receive it. I want SEGA Train to run again. Sonic Mania’s postcard has good feeling as well, doesn’t it? 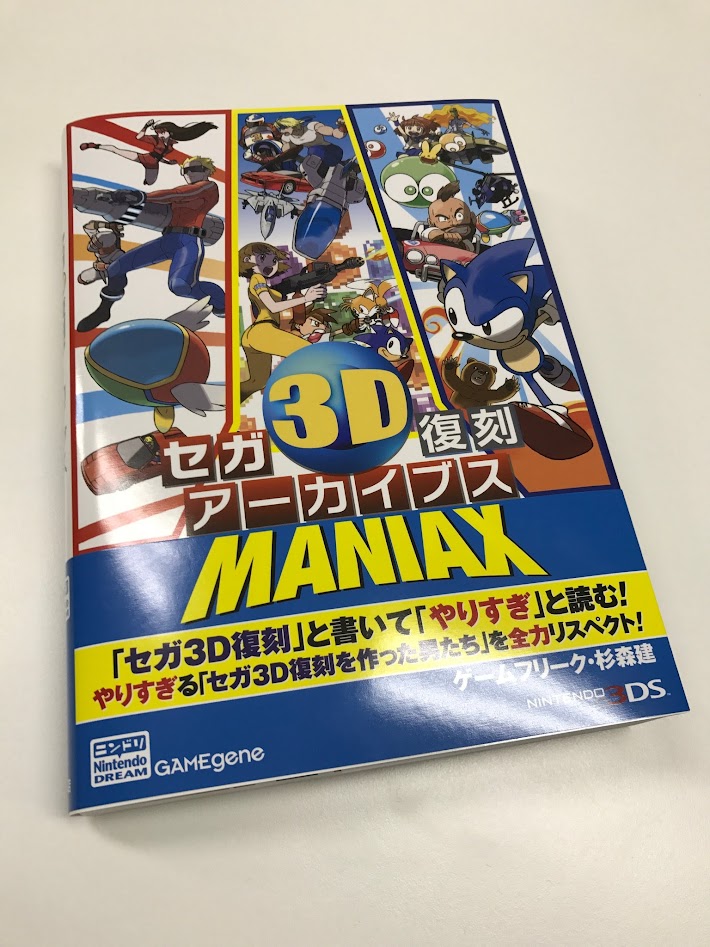 I received SEGA 3D Fukkoku Archives Maniax. When I read this, I know that they had quite a hard time in porting Sonic and Sonic 2. I thought whether it would be done easily with emulator. Making 2D to 3D is tough after all, isn’t it? When reading this book, I recall various nostalgic matters.

For putting Spin Dash to Sonic 1 in Sonic Jam, it was tougher to find VRAM storage than program, though. In creating the screen for 2P use in Sonic 2, I utilized Genesis’s feature that nobody was using, but I thought that it was the first time for that matter to be known probably. 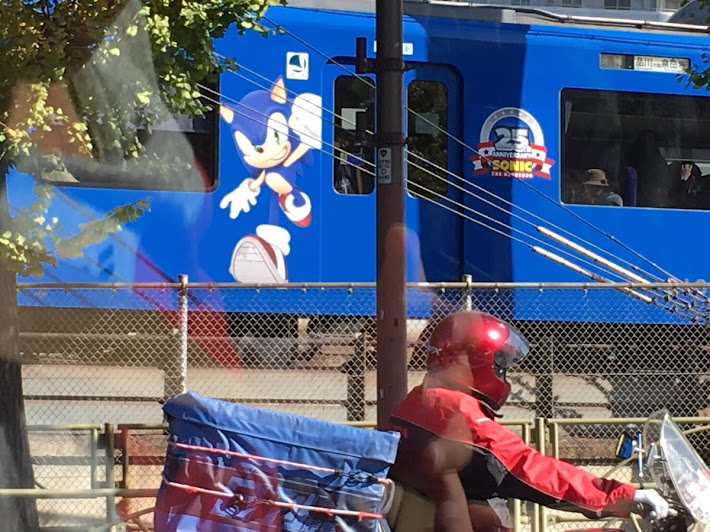 Although today is the final day for Keikyu SEGA Train, it has become “There is no service” [on the app], so these are the photos that I took when I just passed through its side when waiting for the traffic light nearby my home before. These are not very good photos, but my children were very excited.