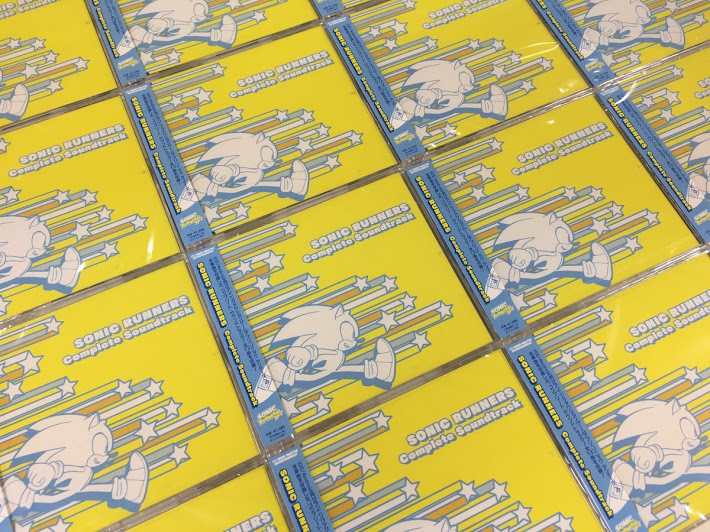 Sonic Runners Complete Soundtrack is released today! It becomes an album that has collected the sound sources, in which the downloads were released last year, into one disc. The cover for the CD that I handled personally with the art director has good feeling, too.

[Order this album on Play-Asia or CDJapan.]