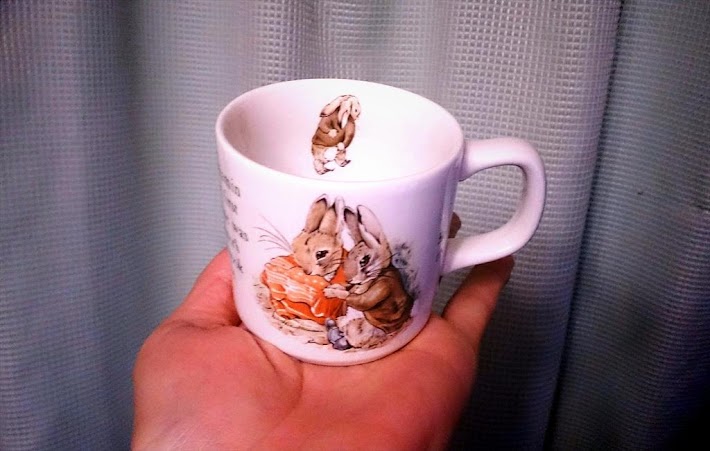 A genuine Peter Rabbit mug from England. It’s rare that the picture is drawn even in the cup’s interior. It’s what I was using after receiving it as a present from a British teacher when I was working part-time at an English school. I ended up wrapping it in newspaper but took it out and made tea on Easter.