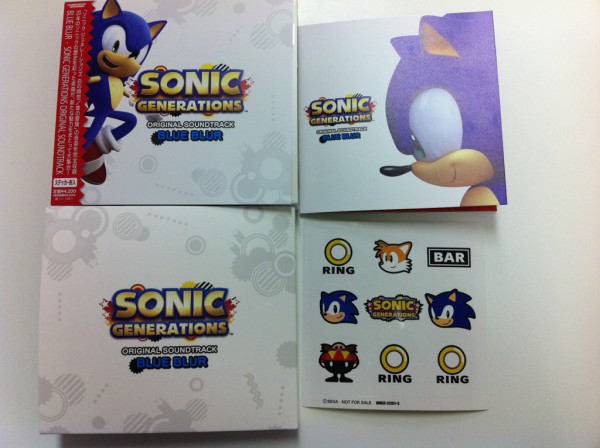 Sonic Generations soundtrack CD Blue Blur has arrived from SEGA’s Senoue, so I’ve tried to listen to it, you know. They’re arrangements with pleasant feeling that becomes the 20th anniversary commemoration, aren’t they? There’re areas I’m slightly concerned with, but it’s nostalgic. Even when I listen to it now, it’s a nice completion, isn’t it? Casino Night Act2 is good, you know.